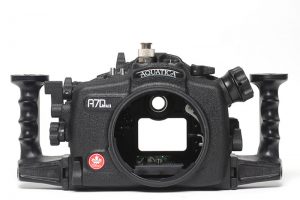 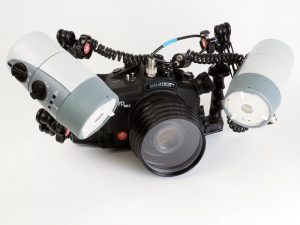 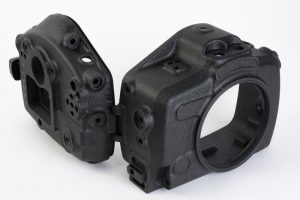 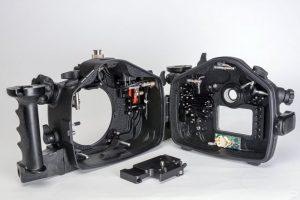 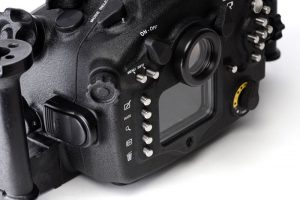 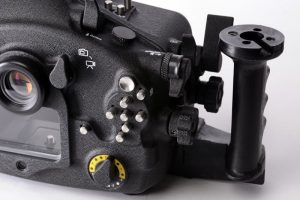 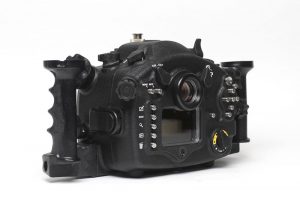 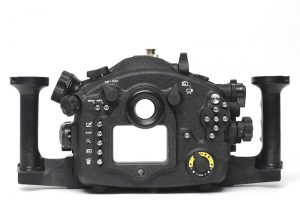 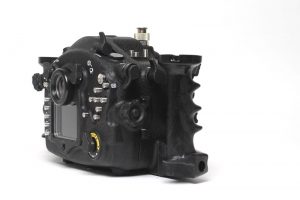 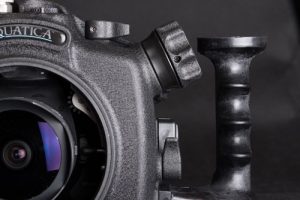 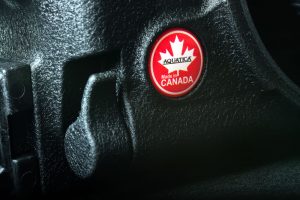 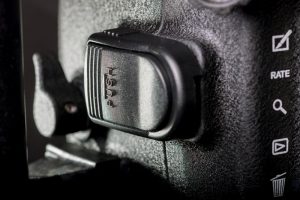 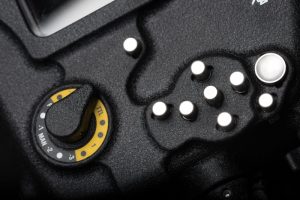 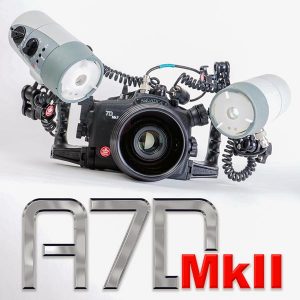 Five years since its introduction, the venerable and cutting-edge Canon 7D finally gets a facelift, and what a face lift it is!

Much like it did with the initial 7D, Canon implemented autofocus technology usually reserved to its pro level cameras. The 7D Mk II picks up the strength of its predecessor and improves on them.

In its role as a still camera, the 7D Mk II benefits from a 65 points, all cross-type, AF module and a 150,000 Pixels RGB+IR metering sensor, giving it the iTR (intelligent Tracking & recognition) capability of the flag ship Canon EOS 1Dx, using this technology, the camera can determine automatically which AF point is needed to properly maintain focus on the subject selected initially.
With an upward boost of 10 frames per second, again a feature found on pro level cameras, the shutter is designed to go beyond the 200,000 actuations.

The 20MP sensor is of the same generation as the ground breaking 70D, so focusing in video is vastly improved in this area, and also pertaining to video is the addition of 1080p/60 shooting and the possibility to choose between .MOV and .MP4.

The Aquatica A7D Mk II is the only aluminum housing with built in TTL capability for Ikelite strobes, it combines the fine craftsmanship of our housings with the impressive knowledge in strobe technology from Ikelite. If the subject exposure requires it, the exposure correction dial for the strobe, which is conveniently located on the rear, close to one’s right hand, makes easy work of tweaking exposure, simply by rotating the knob with one’s thumb, even switching the strobes to full manual and controlling their power output can be done from this control.

Building up on the initial ground breaking Aquatica A7D housing, the A7D Mk II version keep all aspect of what made this housing one of the best ever made. But with newer improved ergonomics, with a versatile port system, a rugged, yet compact design, this housing is built to bring back images in all kinds of aquatic environments. 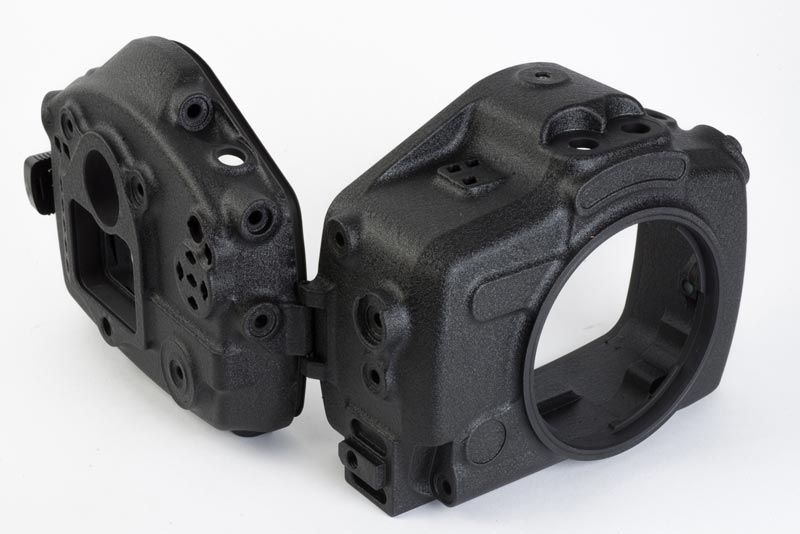 The shell is made of top grade aluminum and stainless steel controls, both being the same alloys as used in the aeronautical industry. Precision machined from solid stock, anodized to stringent norms and powder coated for added protection, our housing are known to routinely go beyond 3,000 hours in salt water, and are the brand used and recommended on the two largest fleets of live aboard boats in the world.

Access to the camera controls is complete, with special attention been given to the controls of the video features, for which a smooth operation is always crucial when shooting video footage. Knobs are large sized, giving the user a better and smoother feel when working with cold water gloves, depth rated to 300ft/90m and up to 425ft/130m (free of charge) on request.

An aquatica A7D Mk II is not just a housing, it’s the key to a comprehensive system, one which includes optical ports, designed and manufactured by Aquatica, which is the only sure way to get the precision and quality that the Canon 7D Mk II and its lenses would appreciate. A wide range of port extensions, enhanced view finders, lens gears, remote triggering device, hydrophones, vacuum monitoring system and to the longest established strobe arm system, Technical Lighting Control.

Made in Canada, and designed from the onset to work in this country’s demanding diving conditions, the Aquatica A7D Mk II joins the rank of a lineup of legendary housings which have helped define modern underwater photography as we know it today.

All in all the A7D Mk II housing is well balanced underwater, even all kitted up for actual diving conditions with modeling light and dual strobes , the A7D Mk II is easy to operate, with the housing vital mechanical controls accessible at all time. The right hand business side has controls over the strobe exposure compensation control knob, AF-ON and star (*) lever, ISO lever, aperture and shutter speed knobs, and the multi control array, buttons, all without having to remove one’s hand from the grips. The left hand side reaches the Zoom/focus control, the Menu, INFO, playback and other buttons.

The new rotating latch system and clamp shell adds another safety level to this housing, the redesigned camera tray provides a precise and smooth insertion into the housing. The port lock, shutter release have been revamped and a host of new features have been implemented in the Aquatica A7D Mk II housing.

In conclusion, this housing is not only bursting with innovative features, it also give the underwater photographer, due to Aquatica’s exclusive access to Ikelite TTL strobe technology, a huge lighting advantage, by eliminating much of the guess work associated with manual strobe exposure. 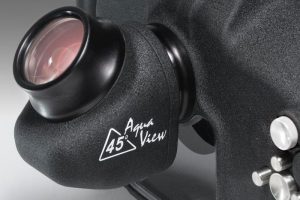 The Aqua View 45 contribute in making the Aquatica System the most comprehensive in the industry. After intensive field testing, this view finder was hailed, by the photographers who used it, for its viewing comfort and its built quality. 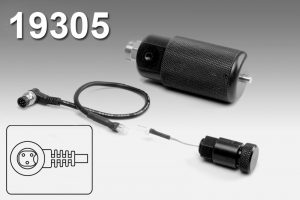 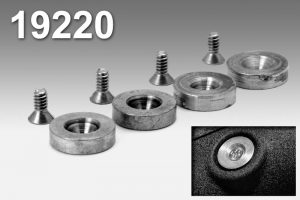 The Aquatica housings are equipped with sacrificial zinc anodes. 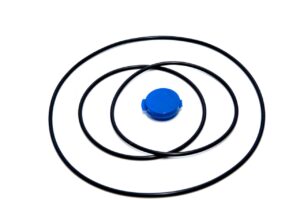 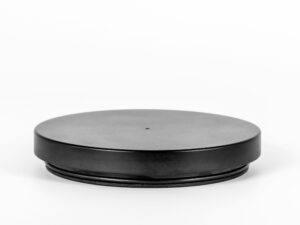 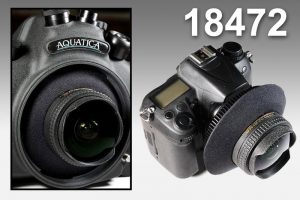 Neoprene light blocking mask for fisheye lenses. When using optical triggering of the strobes, this mask blocks off potential internal reflection from, caused by the built in flash of the camera, from reaching the dome port surface. 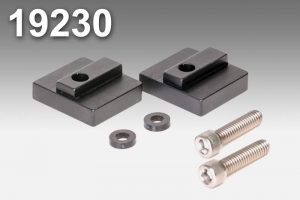 These easy to install grip extenders will give you additional space should your housing feel cramped for your hands, or if wearing cold water gloves. 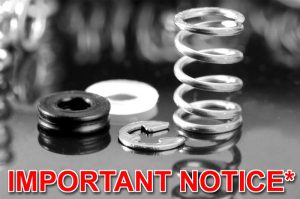 This deeper rating spring kit requires that the O-rings of the housing be removed and reinstalled. 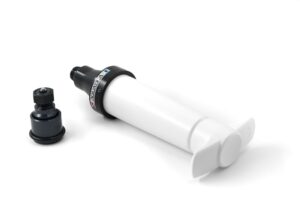 For converting a current Aquatica housing with an access hole diameter of Ø 0.50” which is already equipped with a (# 19229) SURVEYOR moisture and vacuum sensor circuit board. The addition of this pressure valve and vacuum pump will add vacuum monitoring capability to the Aquatica housing.